In August 2019, NELC lost Rafael Medina, a treasured friend, and colleague.  Rafael served as in-house counsel with McDonald’s corporation for nearly 30 years and had recently retired shortly before his untimely passing in 2019.  Rafael was passionate about NELC and particularly the development of young attorneys of color and committed to ensuring the success of the next generation of management-side employment attorneys.  Rafael was particularly proud of identifying and championing outstanding diverse outside counsel.  Each year at the NELC annual conference, he took a photo with the dozens of NELC members who had worked as outside counsel on McDonald’s cases; many of us treasure those poster-sized photos he sent us.  Rafael led the way in developing NELC’s In-House Counsel network, an active NELC community, which serves as an important resource for in-house counsel.

Please join us in honoring Rafael’s legacy by contributing to this initiative and enabling diverse in-house counsel to join the NELC network in which Rafael invested his time with so much devotion.

Donate to the Scholarship 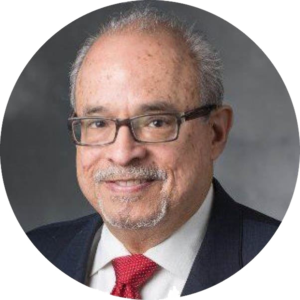 Rafael Medina served as an attorney for the National Labor Relations Board in San Juan, Puerto Rico, where he worked for four years. After leaving the NLRB, he worked at a small boutique law firm in San Juan representing employers in the transportation and maritime industry. In October 1991, Rafael joined McDonald’s Corporation as an attorney in the Labor & Employment Practice Group primarily assigned to the United States.

In 1994, he began to support the Latin America business by providing labor relations counseling during the height of the company’s expansion throughout the market. In 1998, Rafael was named Managing Counsel assigned exclusively to Latin America and was responsible for oversight of all labor and employment matters for McDonald’s and its subsidiaries. Starting in 2007, Rafael Medina headed all litigation for the Labor & Employment Practice Group for McDonald’s. In this capacity, he managed a large volume of administrative charges from the EEOC, DOL and other government agencies, as well as oversaw active litigation matters across the country.

Rafael was also the practice group liaison on all diversity issues within McDonald’s. Rafael served on the Executive Committee of the National Employment Law Council where he provided support in establishing the strategic priorities of the organization. At McDonald’s, NELC, and beyond, Rafael provided regular mentorship of new attorneys in the employment law and in-house counsel spaces. His commitment to the development of diverse attorneys – both in and outside of McDonald’s – is unparalleled.  In recognition of this service, NELC presented Rafael with the prestigious Randall Robertson Award. This award is named after one of the NELC’s Founders and is granted to an in-house counsel who has manifested the spirit of Randall Robertson by diligently supporting the growth, development, and mentoring of diverse attorneys serving as outside labor and employment counsel.

Thank you to those who have contributed $1,000 or more!